For the past seven years John Burgess has joined the seven other Fellows of the Barth Translators’ Seminar for their annual meeting. All eight scholars—who hail either from Germany, Canada, or one of several universities across the United States—have committed themselves to translating the later collected writings of Karl Barth as part of the Gespräche project.

“The Center for Barth Studies has gathered as much literature as possible both by and about Karl Barth,” John notes. The Barth Translators’ Seminar “exists to foster the English-language reception of Karl Barth’s literary corpus by . . . publishing [in English] . . . as yet unavailable Barth resources for the church and academy.”

“Later in his life,” says John, “Barth made public presentations of his ideas in a more conversational format, as opposed to formal lecturing. At conferences, for example, he would request a set of questions from the organizers and would then respond to them in a more relaxed, extemporaneous style.” This approach made for a “delightful” overview of his thinking on themes that were important to him, but in language that was neither particularly difficult nor complex.

As a Fellow of the Seminar, John has contributed German-to-English translations to Barth in Conversation: Volume 1, 1959-1962 (published by Westminster John Knox  Press), as well as to a corpus of writings from 1963 (which will also appear in published form).

“These collections are good starting places for people just beginning to read Barth,” John observes. “They address the same broad themes as Barth’s Church Dogmatics but in a less daunting format. Their conversational style makes them more personal and reflective, and they bring out Barth’s sense of humor, his love of reading Scripture and thinking about the big questions of faith, and his joy in thinking theologically. In fact, these collections show how natural such activities were for Karl Barth.”

Annually, members of the Seminar—headed by Karlfried Froehlich and Darrell Guder—are assigned sections of material to translate over the course of the year. In June, they meet to exchange ideas, answer questions, and give feedback on each other’s work. After the annual meeting, they make revisions to their translations and submit them for finalizing and publication.

Confessing Our Faith: The Book of Confessions for Church Leaders (WJK, 2018)

Holy Rus': The Rebirth of Orthodoxy in the New Russia (Yale University Press, 2017)

Encounters with Orthodoxy: How Protestant Churches Can Reform Themselves Again (WJK, 2013)

What is Justification About? (co-edited with Michael Weinrich; Eerdmans, 2009)

Why Scripture Matters: Reading the Bible in a Time of Church Conflict (WJK, 1998)

The East German Church and the End of Communism (Oxford University Press, 1997) 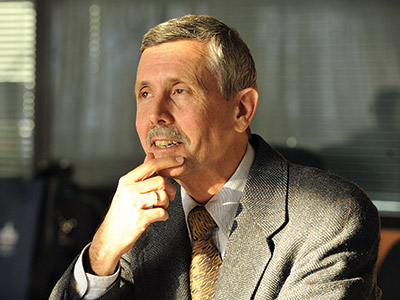