It’s not surprising that one of Marty Neal’s New Testament heroes is Simon Peter. After all, just as Christ’s true identity became apparent to Peter with increasing proximity to the Messiah, Marty’s sense of intimacy with God deepens when he immerses himself in the service of others as a part of the faith community.

As a senior high school student in Indiana, Pa., Marty felt an ambiguous call to ministry that was rekindled decades later following a stint in the Army as he became increasingly active in his home church. “If I had a free moment, I was doing something in the church,” says Marty of the passion with which he served on the church choir, and as a deacon and elder. His zeal was inspired by his constant presence in the church building, which he regards with reverence as a safe, and uniquely transformational place.

When he realized that his faithful service around the church was beginning to interfere with his dire, home improvement projects, he decided, “I’ve got to make a change.”  That acknowledgement freed him to discern spiritual prompting to pursue full-time seminary studies as a way to live into the challenge in the Gospel of Matthew to “. . . strive first for the kingdom of God and his righteousness . . .” (Matt 6:33).

As an M.Div. student at PTS Marty, developed an impressive resume of international mission work through the Seminary’s World Mission Initiative, including service in Mexico, Nepal, and Israel/Palestine. One of the “souvenirs” Marty has brought home is a profound gratitude for being able “to see how [others] worship and how they live their lives in relation to God.”  That perspective is reflected in his appreciation of the diverse expressions of worship by the more than 20 denominations that are represented in PTS’s daily chapel services and in the rich classroom discussions that diversity fosters. The mix of Christian faith traditions attracted Marty to PTS shaped his course of study and his ideas about liturgy.

Upon graduation, Marty is considering seeking a traditional, pastoral role, while listening for that still small voice that may gently whisper to him about mission ministry or non-traditional ways of serving God’s people. Just like his New Testament idol Peter, Marty will follow Christ exuberantly into the world that God loves. 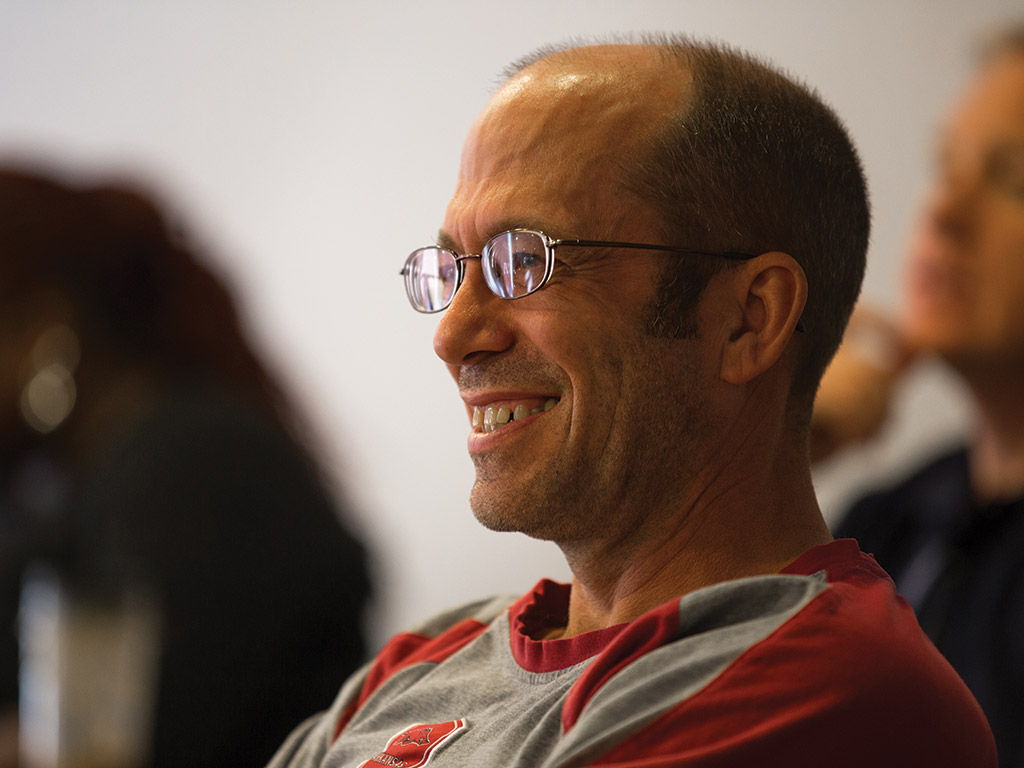