Suicide? Suicide Prevention? Not what most people expect to have to address when they embark upon seminary studies. But for Robin Craig, those words became reality all too soon.

When Robin applied to seminary in 2007, she thought that she was newly free to take a huge step into an unknown future. Her husband was enjoying his work, their twin sons were finishing college, and their daughter was planning her semester abroad. Robin was more than a little surprised to sense a strong call from God to ministry at that point in life—after all, she had a graduate degree, had pursued two careers, and her family was already dealing with three tuitions. But the call was insistent. Robin describes her first year as “Marvelous! I enjoyed my courses, made some new friends for life, and found ways to become involved in the seminary community.”

Just before the beginning of her second year, however, Robin’s son Josh ended his life by suicide, on the day after his 24th birthday. Robin says, “We were in complete shock and thrown into a time of utter despair. We had seen no warning signs; our son was bright and creative, had completed college and found work, and had been among the wittiest and kindest of people. Later, as we pieced together information from his girlfriend and his journals, we began to see and learn something about depression and about the deadly disease that it is—often unacknowledged, unrecognized, and untreated, especially in bright and successful young people who have never encountered a challenge they have not been able to overcome.”

Robin thought it unlikely that she would ever return to seminary. She describes her life as consumed by anguish, guilt, and the question, “Why?” “And who on earth,” she asked, “wants a pastor who has lost a child to suicide?”

Family, friends, spiritual guides, and professors thought differently, and in December she was welcomed back to campus while learning how to grieve and how to live without her beloved child one small step at time. “People grieve,” Robin says, “however it is that they do, and for me, having work to do every day and knowing the support of good friends, all of it directed toward a goal I was not yet called to abandon, helped me to stay alive.”

“A seminary is not an easy place to be after the death of a child,” Robin continues, “but then neither is anyplace else. One day one of my professors commented that I was probably going to need to figure out what connection the topic of suicide would have to my future ministry. I knew instinctively that, while my son’s death would no doubt play a significant role in what I might do, I did not want death to be the sole focus of my work. Another professor and I began a discussion on the question of whether God suffers—a debate that continued via email for many months after my graduation. (I think we finally agreed to disagree.)”

Robin says that, when she sensed a call to ministry, her objective was a simple one: she hoped to do some spiritual direction and to pastor a church—one Presbyterian church—for a long time, and then move on to a semi-retirement of spiritual direction and writing. Instead, she has been called to three churches, the first one a small, rural Presbyterian-Methodist congregation, and the second an urban Presbyterian congregation in trouble. In fact, she spent the last year working toward the merger of that congregation with another and then, when those conversations collapsed, accompanying her congregation through its final months. Now she finds herself serving her third church—a much larger Lutheran congregation—as its interim pastor.  So much for one call to one Presbyterian church!

“God has called me,” Robin says, “not to my longed-for permanency and stability, but to times and places of transition and change. And God has called me to people who need to hear words of hope and resurrection—the same words that I myself need to hear, every day. I don’t believe that God makes bad things happen, or steals our children from us, but I do believe that God offers us opportunities to serve and bring hope to others with gifts honed in blazing fires of horror and suffering.”

And ministry is not, of course, accomplished solely within the walls of a church building or congregation. Robin’s ministry has expanded to include writing and speaking about suicide and grief, visiting state and national legislatures to advocate for mental health and suicide prevention legislation and funding, and providing whatever assistance she can to families and groups affected by suicide.

Suicide, death—those are not the sole matters on which Robin focuses.  But they are words that have caused her to confront some of life’s deepest sorrows . . . and motivated her to convey Christ’s message of abundance and hope into places she never expected to find herself. 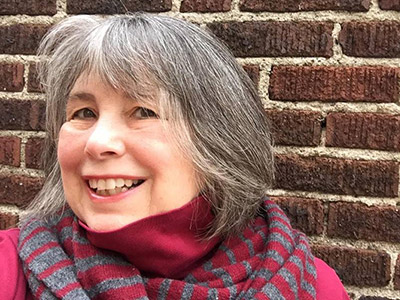