The Rev. Dr. L. Roger Owens, associate professor of Christian spirituality and ministry, recently teamed up with Jason Byassee, senior pastor of the 1,500-member Boone United Methodist Church (N.C.), in co-editing the newly released Kindle edition of Pastoral Work: Engagements with the Vision of Eugene Peterson. In the book, some of the finest scholar-pastors today describe how Peterson has “inspired and infuriated on the way to (hopefully) more faithful pastorates.” The Rev. Dr. Owens is himself one of those scholar-pastors—he contributed the chapter, “Staying with God.”

Many know Peterson (pastor emeritus of Christ Our King Presbyterian Church in Bel Air, Maryland) as author of The Message, an idiomatically rendered “version” of the Bible—and a project he began working on as a scholar-in-residence at Pittsburgh Theological Seminary! On producing Pastoral Work, Roger comments, “I wanted to do this book because Peterson is one of today’s most influential writers on pastoral ministry, but he’s so saintly that his work has not gotten much critical engagement.” Until now.

“Though Peterson is dismissive of a lot of talk about leadership and of pastors of large churches,” Roger continues, “Jason and I know pastors of large churches who lead faithfully and have also been influenced by Peterson! We wanted to invite other pastor-writers to engage Peterson’s work, reflect on how it has influenced them, and also push back a little—mostly for other pastors to help all of us in the ongoing work of figuring out what it means to be faithful to this vocation.”

For Roger himself, Peterson’s work helped in a difficult time. “I was feeling exhausted trying to be a visionary leader—a CEO-type pastor. I thought that was what a declining church needed. But Peterson helped me see that what churches really need are pastors who can be like spiritual directors—soul friends to the community—who create the space for the church to be attentive and responsive to the work of God in its midst. This new emphasis breathed new life into me and my ministry.”

Pastoral Work has garnered accolades across the denominational spectrum. For example, Sam Wells, vicar of London’s St. Martin-in-the-Fields, celebrates the book as one "that will deepen, challenge, inform, enrich, and renew ministry in just the same way and to just the same degree as the work of its subject . . . . To read this book is to feel encouraged, hopeful, and moved to prayer and service; and relieved to rediscover that one’s ministry is not a lone quest but a shared joy." John Wilson, editor of Books & Culture, says of the essays: “Like Peterson’s own work, they are informed by long obedience and patient reflection, and they are refreshingly free of cant, hype, and prattle.”

For a review of Pastoral Work, see David Wood’s article “The Pastor and Other Sinners” in the April 16, 2014, issue of The Christian Century. 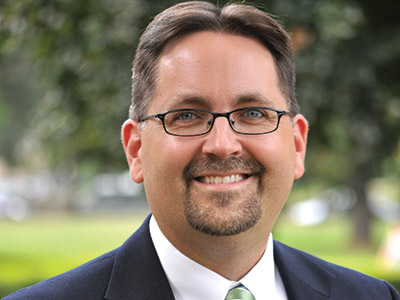