A missiologist interested in the relationship between congregations and the communities in which they exist, Dr. Scott Hagley has joined a group of similarly focused scholars from Africa, Europe, and North America who form the International Research Consortium. In fact, the IRC met recently at Pittsburgh Theological Seminary to share research on the missional church.

“The group of 25 scholars has been meeting—on different continents—since 2004,” says Scott, who serves at PTS as associate professor of missiology and who is new to the IRC this year. “One of our primary aims, individually and as a group, consists in helping church plants and existing congregations develop practices of missional engagement with their communities and neighborhoods.”

Scott organized the component of the Consortium’s program that was open to the public. For three days, “God in the Neighborhood” helped participants envision how congregations can “connect to place” in thinking about congregational mission. Each of these days featured stories from the Seminary’s neighborhood by leaders from local faith communities, along with presentations by Consortium scholars on similar topics. The afternoons were devoted to salon-style conversation for shared wisdom around each topic.

“I was excited for the opportunity to put local pastors, leaders, and parishioners into conversation with the IRC scholars,” Scott notes. “Especially the afternoons gave space for people to bring their own experiences and questions to facilitated conversations with each other. Since the tendency is to move too quickly toward the abstract when discussing the missional church, contextualizing the topic with stories of congregational experiences in Pittsburgh facilitated the intersection of thinking and practice in a way that is concrete and mutually helpful.”

The first open day of “God in the Neighborhood” focused on how to make the neighborhood flourish. For example, how do Christian vocation and ministry connect to the health and well-being of the place in which a congregation is situated? On the second day the group thought about issues of neighborhood inequality. “Since a congregation inherits the dynamics of the place in which it is located, effective ministry there demands awareness of the racial, economic, and socio-cultural inequalities of that place,” notes Scott. So on the third day participants explored how congregations can build deeper connections with the places in which they find themselves. “For some congregations, especially those made up of many commuters, ‘place’ isn’t a focus of their ministry and mission, so we want to talk about how churches can intentionally join the places in which they’re located as participants in God’s mission,” Scott explains.

With morning “God in the Neighborhood” conversations oriented in this cross-disciplinary manner, complemented by afternoon guided reflection, Scott’s long-term hope was to facilitate ongoing dialogue with local people through church planting and community engagement centers for sustained growth in missional church formation in Pittsburgh—and in all the countries to which the IRC scholars took their experience at PTS. 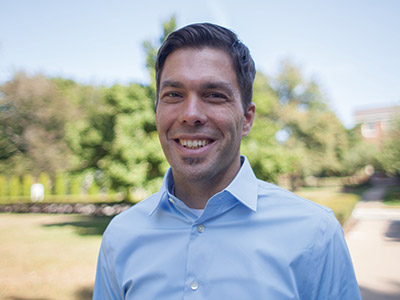