Following a thorough review process, the Board of Directors has granted tenure to two faculty members at Pittsburgh Theological Seminary: the Revs. Drs. Leanna K. Fuller and L. Roger Owens.

“The granting of tenue to Drs. Fuller and Owens not only recognizes their strength as scholars and teachers, it will also strengthen the PTS faculty for years to come. These dedicated colleagues are well known within their scholarly guilds and appreciated for their wisdom in the classroom. In addition, they are deeply appreciated by churches and denominational leaders for their teaching and service beyond the walls of the Seminary,” said the Rev. Dr. Heather Hartung Vacek, vice president for academic affairs and dean of faculty and associate professor of church history Pittsburgh Seminary. 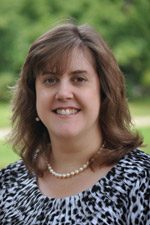 The Rev. Dr. Leanna Fuller is a graduate of Vanderbilt University (Ph.D.), Vanderbilt Divinity School (M.Div.), and Furman University (B.A.). Her most recent book is titled When Christ’s Body is Broken: Anxiety, Identity, and Conflict in Congregations (Wipf and Stock, 2016). Fuller has earned numerous fellowships, awards, and honors. She was selected to participate in the 2016-2017 Wabash Center Workshop for Early Career Theological School Faculty, and she received the Louisville Institute Dissertation Fellowship in 2010-2011. Fuller’s most recent conference paper, “One Body, Many Parts: An Ecclesiology for Churches in Conflict” was presented at the American Academy of Religion Annual Meeting. She is ordained as a Minister of Word and Sacrament in the United Church of Christ. Her ministry experience includes serving as associate pastor of Oakland Christian Church in Suffolk, Va., where she coordinated youth ministry and Christian education programming. Fuller also worked as chaplain resident at Riverside Regional Medical Center, in Newport News, Va., providing pastoral care for patients. She has served at Pittsburgh Seminary since 2013. 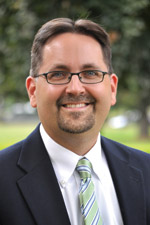 The Rev. Dr. L. Roger Owens received his Ph.D. in theology from Duke University where he was awarded a Lilly Fellowship for the Formation of a Learned Clergy. Before that, he completed his M.Div. at Duke Divinity School. As an undergraduate, he studied philosophy and Bible/religion at Anderson University in Indiana. Owens is an ordained Elder in the North Carolina Annual Conference of the United Methodist Church. In North Carolina, he served both urban and rural churches for eight years as co-pastor with his wife, the Rev. Ginger Thomas, before coming to PTS. His books include Threshold of Discovery: A Field Guide to Spirituality in Midlife (Church Publishing, 2019), A New Day in the City: Urban Church Revival (Abingdon, 2017), What We Need Is Here: Practicing the Heart of Christian Spirituality (Upper Room Books, 2015), Pastoral Work: Engagements with the Vision of Eugene Peterson (edited with Jason Byassees), Abba, Give Me a Word: The Path of Spiritual Direction, Wendell Berry and Religion: Heaven’s Earthly Life (edited with Joel Shuman), and The Shape of Participation: A Theology of Church Practices, which The Christian Century called “this decades best work in ecclesiology.” Owens has preached and lectured across the country, and his work has appeared in The Christian Century, Currents in Theology and Mission, The Journal of Religious Ethics, New Blackfriars, and elsewhere. Owens serves on the faculty for the Upper Room’s Academy for Spiritual Formation, where he lectures on postmodern spirituality and traditions of Christian spirituality. 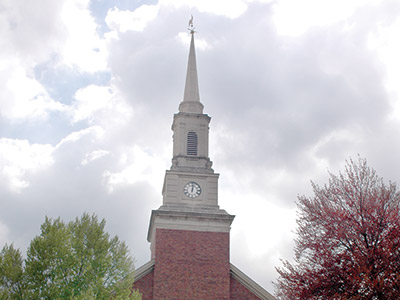