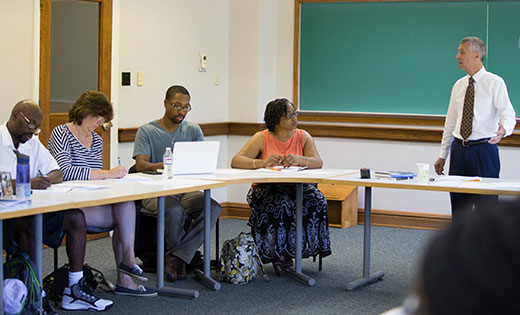 "I know of no other DMin program in the world that brings together priests who have grown up Orthodox, priests who have converted to Orthodoxy, Protestant pastors who wish to know more about Eastern Christianity, and priests from Coptic Orthodoxy. As a Presbyterian, I’ve deeply immersed myself in Orthodoxy in Russia. You can imagine just how rich our conversations are."

Join the Next Eastern Christian Cohort

The Eastern Christian Focus explores the wisdom and pastoral traditions of the Eastern Orthodox tradition while also attending to the challenges and practices of parish ministry. Combining practical courses in homiletics and biblical interpretation with deep learning about ethical tradition, canonical tradition, and Christology in the Orthodox tradition, this partnership between the Antiochian House of Studies and Pittsburgh Theological Seminary brings the riches of Orthodoxy and of Protestantism into conversation with one another. This cohort is a hybrid offering with courses occurring online, at Pittsburgh Theological Seminary, and at the Antiochian Village in Bolivar, Pa.

When and where do the classes meet?

D.Min. classes are held at the PTS campus in Pittsburgh, Pa., and the Antiochian Village in Bolivar, Pa., during two-week blocks of time in May and August. Courses in the Eastern Christian Focus began in August 2021.

Who will teach in this DMin cohort?

The Very Rev. Dr. Michel Elias Najim is the president of Antiochian House of Studies, professor of patristics and church history at AHOS, and director of Saint Maximus the Confessor, former dean of St. Nicholas Cathedral in Los Angeles, Calif. Fr. Michel was born and raised in Beirut, Lebanon, and joined Balamand Ecclesiastical School in 1962 under the tutelage of Patriarch Ignatius IV and graduated from St. John of Damascus Institute of Theology in 1974. He obtained his M.Th.(1976), and his doctoral degree in theology (1985) from the University of Thessalonica, where he studied under Fr. John Romanides and Prof. Nikos Matsoukas, while serving as dean of the School of Theology in Balamand. After moving to the U.S. with his family, he worked with the newly converted Evangelical Orthodox at St. Athanasius Academy from 1987 to 1996. Unassuming in his demeanor, Fr. Michel is a bearer of the authentic Antiochian heritage, a deeply dedicated churchman, and a scholar. He is personally acquainted with many spiritual and ecclesiastical figures. Throughout his ministry, Fr. Michel has taught thousands of clergy including hierarchs, lay theologians, and professors.

Dr. Emmanuel Gergis is co-founder and chief executive officer of Agora University and executive vice president of the Antiochian House of Studies. Prior to his academic career, he worked for two decades as vice president of technology and chief technology officer in government and private sectors where he successfully led multi-million-dollar projects. He holds a master of arts degree in applied Orthodox theology from the University of Balamand in Lebanon. He also holds a master of letters degree in divinity from the University of St. Andrews in Scotland. Emmanuel completed his doctorate in systematic and historical theology from the University of Aberdeen in Scotland where he focused on Coptic epistemology, the unitary reality of Christ, and the theology of T. F. Torrance. He is an author, translator, and lecturer on contemporary Patristic topics including Orthodox systematic theology, theological anthropology, Trinitarian theology and personhood, theological realism, and Coptic Christianity. 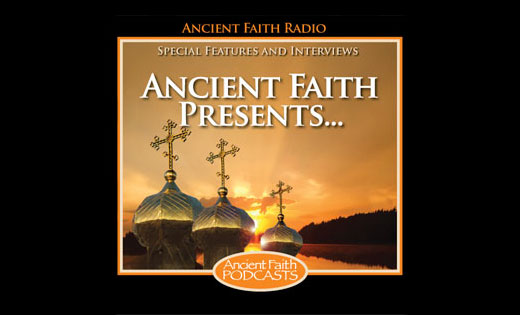 Listen to the podcast.

Connect with the Doctor of Ministry Office to learn more about our next Eastern Christian cohort. We'd love to have you join us!  Apply now to reserve your space in a future focus. Financial aid and scholarships are available for those who qualify.v 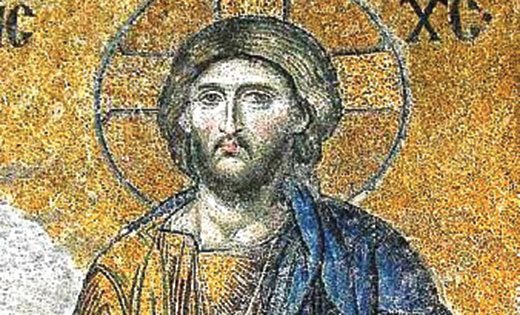