Free lectures featuring some of today's most prominent archaeologists are held throughout the year.

Pre-registration is required for this event. You must register by Oct. 25, 2021. Upon registration, we'll e-mail you the Zoom link approximately one week before the event from museum@pts.edu.

Join us online as Dr. Aksel Casson shares his personal reflections on a decade of fieldwork in Turkey and how this experience helped to define his complicated insider/outsider relationship with the peoples and cultures of the nation. Dr. Casson is the son of a Turkish mother and an American father, and found himself doing archaeological work against a backdrop of various protests around the country, including at Gezi Park in Istanbul. He participated in the Sinop excavations along the Black Sea coast from 2007-2011 and worked on the Yedikule historical gardens in Istanbul in 2013-2014. Dr. Casson will discuss the role of heritage management in the 2013 political protests and talk about his own detainment and arrest in 2017—on political grounds. This continues to prevent him from returning to Turkey, where his mother resides, and his family is actively working to restore his grandmother’s ancestral home.

Dr. Casson is an archaeologist and assistant professor of anthropology at Slippery Rock University with research and teaching interests that examine issues of culture contact and heritage management. He completed his Ph.D. work at the University of Washington, with a dissertation entitled “Black Sea Change: A Revision of the Sinop Ceramic Chronology Using Luminescence Dating.” His work has included projects throughout the Mediterranean and Middle East focusing on chronology development, agricultural transitions, and the importance of ceremonial places. His archaeological experience has taken him to places as far as Mongolia and China, and as close as Butler County, Pa., where he currently directs excavations along Wolf Creek.

In March 2019, Curator Emerta Nancy Lapp recounted stories from her life and career to illustrate the changes in Near Eastern archaeology during the course of her work and study from the late 1950s to the present day. Her personal story provides valuable insights into the emerging history of a modern-day discipline.

From 1955, when Nancy became the first female student of William F. Albright (the “father of American Near Eastern archaeology”) to her overnight stay in a sandy wadi of the Iraqi desert in 1958 . . . from her unexpected journey on a Russian ship to Beirut in 1960 to local revolutions and a regional war . . . from her becoming curator of the Kelso Bible Lands Museum in 1970 to her travels and numerous publications of today, Nancy’s archaeological journey has spanned more than half a century and included a treasure trove of adventures and discoveries—sometimes unexpected ones, as explorations of ancient remains inevitably mixed with contemporary events.

When space is available, archaeology courses at PTS may be audited through the Registrar's Office. Because PTS courses are graduate level, a bachelor's degree is normally a prerequisite. Check the list of upcoming available courses. 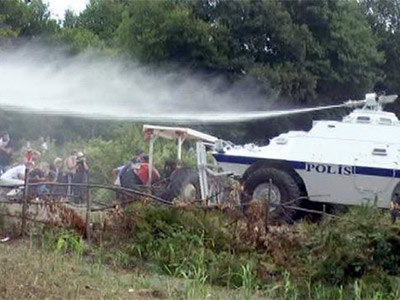 > Resources for Scholars, Teachers, and Students